Warning, the geek level in this post is off the charts.

Quite often when people play wargames, they create a fictitious country where the campaign takes place.  Some even go as far as creating elaborate backstories, armies, flags, etc for the country and even placed it on the world map.

For many years my go-to country name for fictitious battles has been “Malakastan”.  I have not gone as far as to dream up a backstory or a location or create an army for it ,,, but tonight i thought it would be fun to create a flag that I can hang in my game room.

Here are the two candidates that I’ve come up with.  As you can see, they are nearly identical but I’m stuck on the crown color.  I like the yellow, but wonder if it blends into the background too much.  Also is the red too much?  If so, what color would you use? 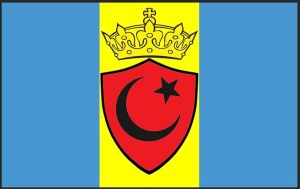 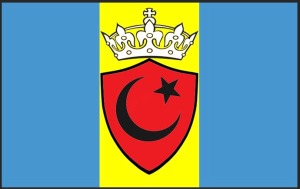