Skip to primary content
Skip to secondary content
Trial run for our big Thunder Run game scheduled for tomorrow night. Tonight we had three players and we had a great time. Two guys ran the Iraqi forces and one guy ran the Americans. The Americans were outnumbered two to one and got their asses handed to them but they made a great effort. The entire exchange lasted about 7 turns and tool a little over two hours to play. Tomorrows game should have at least 6 players and take 4 or 5 hours.

This project is going right up to the wire.  It’s early Tuesday morning right now and I’ve got to  have these boards at a convention in Los Angeles on Friday.  It’s going to be close.  Honestly, they could go just as they are right now .. but I really want to get a lot more detail added before Friday and if I can somehow manage it I would love to get one more row of boards on the east end of the set.

The water in the pond is going in one layer at a time. It looks a little white in this photo but it dries clear

The three boards at this end were added tonight.

Well, the convention in Los Angeles is exactly 2 weeks away and I still have lots to do to finish these boards … so the sensible thing to do at this point was to add another row of three boards to each end of the setup.

Here are the three boards being added to the west end of the parade grounds.

Ground covering is going in and it’s starting to take shape.  Still lots of work to do south of the buildings in the parking lot areas and the southwest and southeast corners where there will be a lot smaller buildings.

I’m actually placing the bushes based on locations for satellite photos. Yes, I’m a little crazy.

Here is the beginnings of my latest project, the Baghdad Parade Grounds in 1/285th scale.  I’ve been working on the design for this set of game boards for quite a while,,, this is actually why I originally created the “Crossed Swords” miniature that GameCraft sells.

This set of boards will be massive, it’s a total of 12 boards, each one measuring 20″ x 20″.  The total size of this will be 60″ x 80″ and that 80″ number is likely to grow as I add additional boards to the east end.  If I cheat a little bit in distances I can maybe extend this board to the east far enough to include the Presidential Palace (The Al Sijood Palace).

The first two photos show the CAD design of these boards, the second one shows the design laid over a satellite photo of the parade grounds.

I guess I’m sort of known for large terrain pieces (after all I did build an Eiffel Tower in 1/285th scale) and when I build pieces in 285th scale, they are actually 285th scale … not some “that looks right” scale that is in between vehicle scale and ground scale.  So here are two more pieces I’m working on, a wharfside container crane and a vehicle bridge,,, pieces for two different projects.  I’ll probably do two more of the cranes for a total of three.

Did a little playtesting of TAC II tonight. I had a small area so I doubled all distances. Game lasted just 7 turns and the US won the battle with 4 M2 Bradleys left at the end of the battle. The forces at the beginning wer 10 BMP-2s VS 9 M-2 Bradleys. 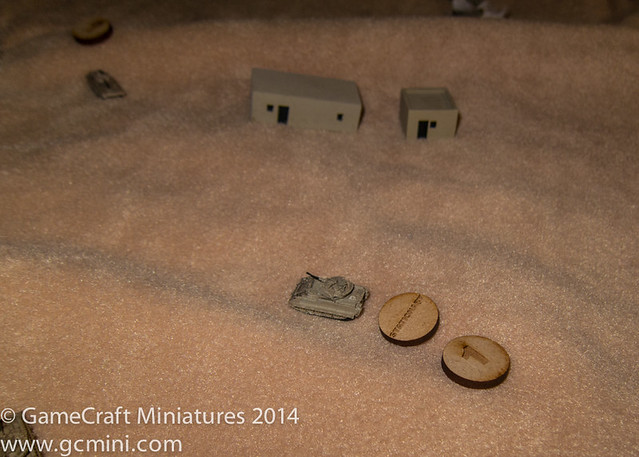 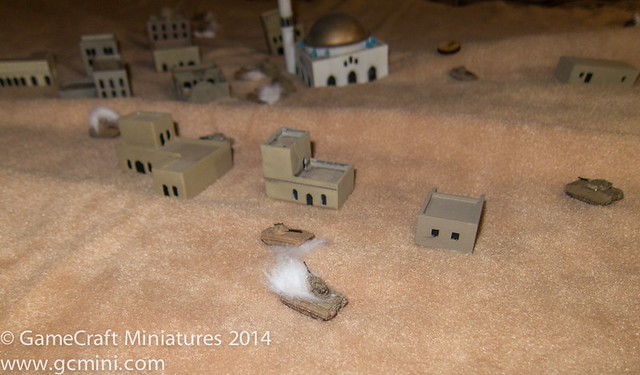 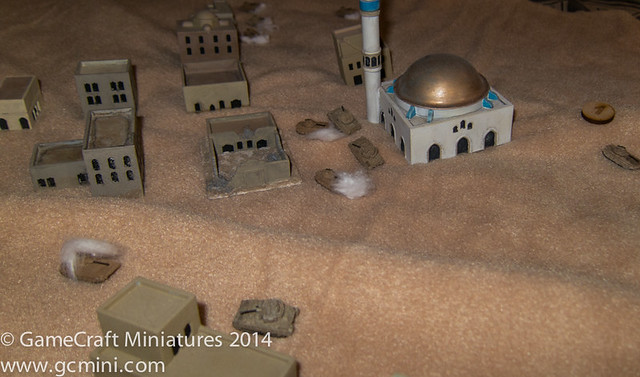 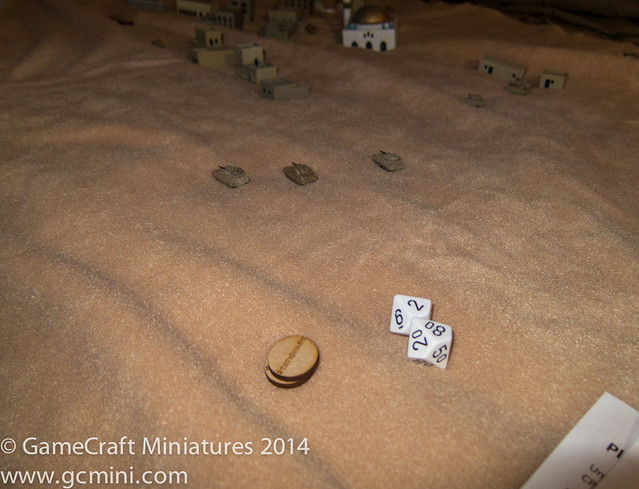 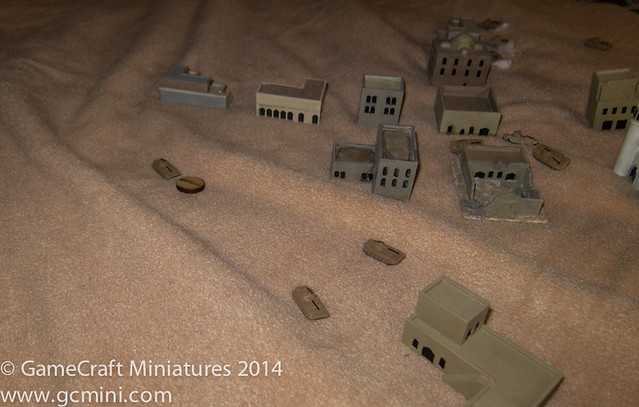 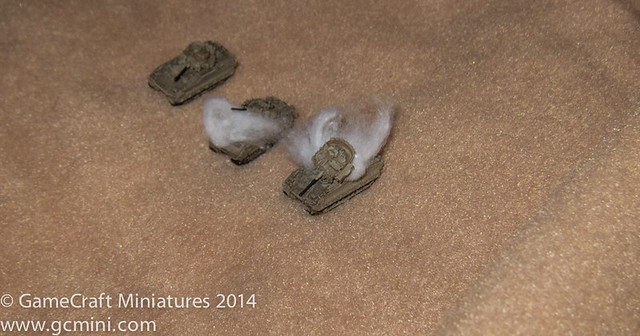 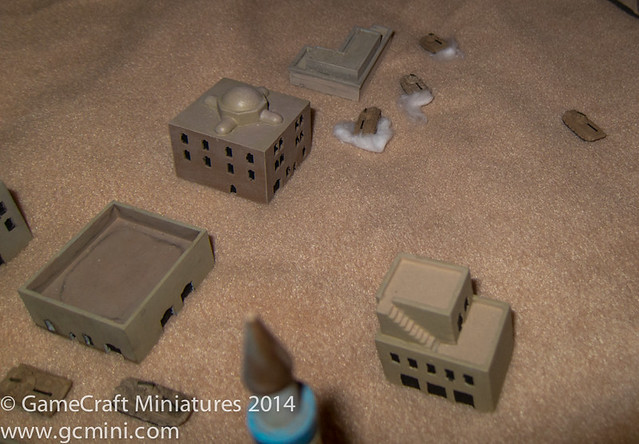 Over the last few days I built an M983 HEMTT Tractor for my stowed Patriot Launcher.  I made it from a GHQ Cargo HEMTT (GHQ # N95)